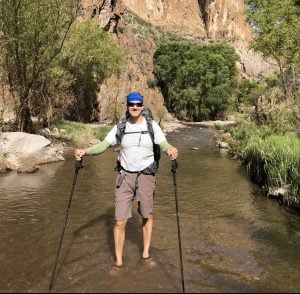 Mountains to Fjords Hut to Hut

Location: Norway Hiking Tours
Trip type: Hut to Hut Trek
Our hut to hut treks are opportunities to hike and explore amazing landscapes and stay in cozy, permanent structures. Generally, "huts" refer to backcountry accommodations other than camping. The huts vary depending by location.
Difficulty:

Clay Abney is a freelance outdoor, adventure, and travel writer who loves bouncing around the globe. Some of his favorite adventures have been kayaking among icebergs in Greenland, swimming with penguins in Antarctica and stand-up paddleboarding down the Yukon River.